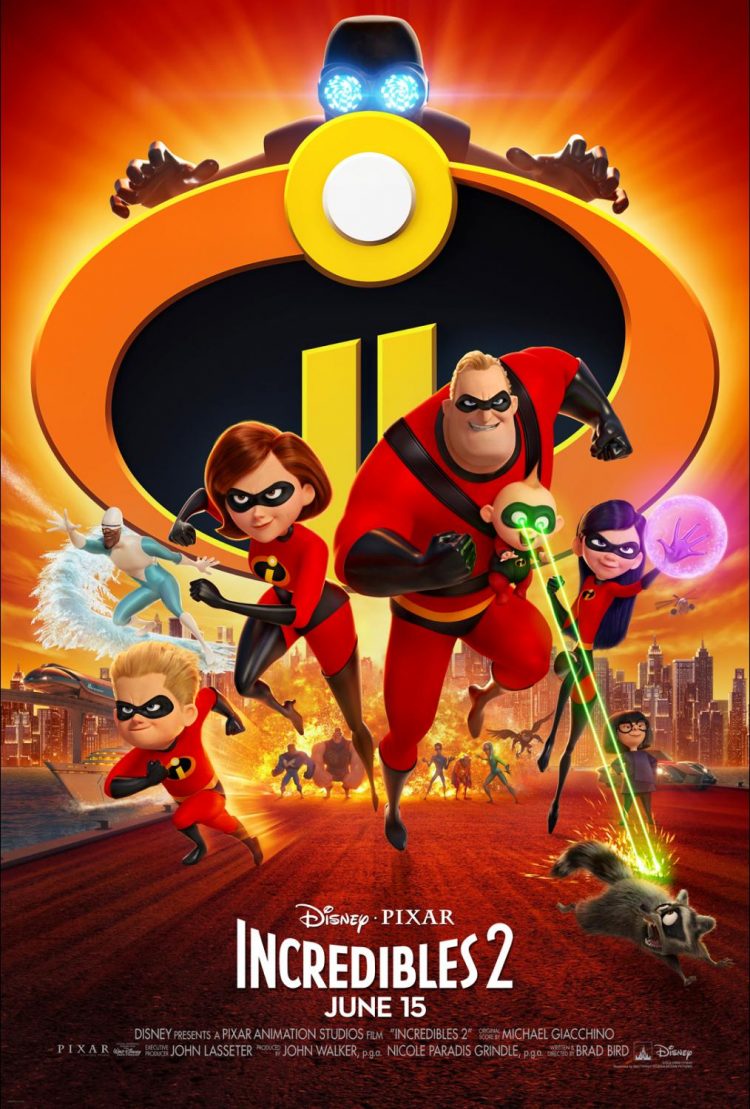 Nearly a decade and a half later, fans will learn the fate of the Underminer when “Incredibles 2” opens in U.S. theaters on June 15. When “The Incredibles” first burst onto the big screen, Mr. Incredible’s super strength and Elastigirl’s stretchy flexibility wowed audiences around the globe—the film grossed more than $633 million worldwide, earning an Oscar® for best animated film. But according to writer/director Brad Bird, it wasn’t the characters’ powers—or the villains—that fueled the film’s success. “I realized that the super hero aspect of the story didn’t interest me nearly as much as the whole family dynamic,” he says. “I think that people see themselves in these characters and that’s why they fell for them the way they did. ‘The Incredibles’ and now ‘Incredibles 2’ are really stories about a family.”

We had the opportunity to see Incredibles 2 the other night.  The theater was full of families, some even dressed up as The Incredibles.  It was a fun filled night that we were looking forward to. The first Incredibles is one of my favorite Pixar movies so I was really excited to see what they did with this one all of these years later.  Before the movie started we first got to see the Pixar short film “Bao”.  It did not disappoint and it was a good thing the theater was dark because I did shed a couple of tears. Here are a few fun facts about the movie in case you didn’t know.  I always like to hear things like this about movies.

Have a quick view of the trailer of Incredibles 2 before I get into my thoughts on it.

Here are a few things of what we thought. 5. It was fun.  Besides a couple of things that could be a concern if you have sensitive little ones, it was fantastic.  My three year old was on my lap the entire time (because she wouldn’t sit in her own chair) and I hear her laughing throughout the entire movie.  Actually, the entire theater was laughing the entire time and even with some cheers and clapping. They eat a couple of yummy things.  Cookies and waffles.  If you want to make them at home, here are the recipes. It was good. It was actually really good.  I thought it was as good as the first one.